An elite marathon runner says keeping silent about abuse can “slowly kill a person” throughout their lifetime if it isn’t addressed.

Jean-Paul Bedard of Toronto highlighted his painful history of childhood abuse during the Children’s Treatment Centre Bike-A-Thon Plus Kickoff Breakfast on Wednesday, May 2, 2018.

“I’m one of those kids that you’re helping to protect and it means a lot that you’re here for me,” Bedard told the audience of around 600 people at the Cornwall Civic Complex.

But he said his story is not unique because one in three girls and one in five boys in Canada are victims of abuse.

The message that he wanted the audience to take away: “That silence can slowly kill a person throughout his or her lifetime and that’s what it was doing to me.”

Bedard, 52, recounted the abuse he suffered in an “extremely violent home,” as well as abuse at nine years old by his hockey coach and an extremely violent sexual assault by two men in a ravine when he was 12.

Bedard fell into a cycle of drug and alcohol abuse and was hospitalized at 14 years old. He said the next 15 years “weren’t very pretty,” suffering from manic depression, bi-polar disorder and he was suicidal.

But during treatment he turned to running. “I became connected and I think it was that connection that changed my life.”

He would go on to run marathons in Boston and Toronto – sometimes in back-to-back multiple runs in the same day – to bring a spotlight to childhood sexual trauma.

“The thing about childhood trauma, when it is untreated, un-talked about, it has a way of reverberating through an entire lifetime,” Bedard said.

He opened up about his 40 year secret to his wife. He explained to the audience how people on the receiving end should handle sexual abuse revaluations.

“I can tell you what my wife didn’t do. She didn’t press me for more details. She didn’t doubt me. She didn’t try to fix it or make it go away. But what she did do was she sat with me in that moment of shame and moment of released pain and together over the next two years, we figured the difference of being there for something and being there with someone.”

“Childhood trauma and especially childhood sexual abuse thrives in secrecy and silence. I believe it’s my responsibility for as long as I can stand up here to keep that silence from happening.”

The morning breakfast also saw a number of cheque presentations, including $10,000 from BMO Bank of Montreal, $500 from the Cornwall Kinettes, $500 from the Morrisburg & District Lions Club and $3,000 from Jordan Evans of We Are All The Same. 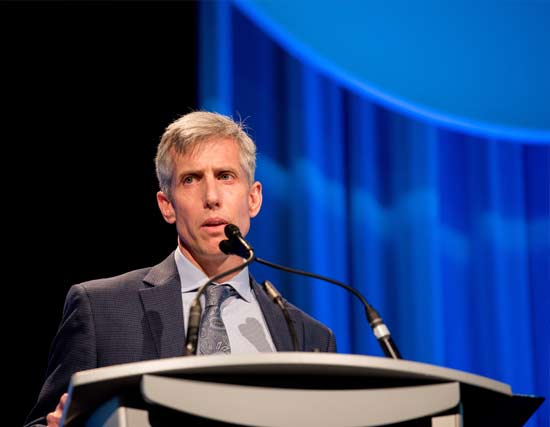